Pensions, Divorce, and the "Hunt" Formula

"What?!! He/she gets a part of my pension?!!" That is sometimes the response I get from a client when I tell him or her that at least a part of his her or pension, for which the client has worked hard over many years, is a kind of "marital property" that the court will divide between the parties who are getting divorced.

It's true. Even an unvested interest in a pension, meaning that you are not yet guaranteed to the receive the pension, is a form of marital property that can be divided between the parties by a Colorado divorce court judge.

A defined benefit retirement asset, on the other hand, does not have a "cash balance" aspect to it. It is usually a promise by an employer to pay you a certain amount of money per month, based on a formula they have come up with, if you meet certain requirements set by the employer and then retire. Most of the time, the requirements are to work for a certain number of years for the employer and/or attain a certain age before retiring.

The most common defined benefit retirement asset is the traditional "pension". A traditional pension is a promise by your employer that it will pay you a benefit each month after you retire. Usually, you get the monthly benefit Until you die. You must qualify for the pension before you retire, usually by working for a certain number of years for the employer. Fewer and fewer employers offer a traditional pension retirement benefit to their employees these days, but some still do. Government, military, labor union, and railroad pensions are examples of the classic pension benefit that still exist in great numbers.

Pensions and How to Divide ("Distribute") them Between the Parties

forward to enjoying the retirement benefits of my soon to be ex-spouse. There was never any discussion during the marriage that only the employee spouse would enjoy the pension upon retirement."

So a court must determine how it will "distribute" (divide) the pension between the two parties to the divorce. A court basically has three different methods it can choose from to divide the pension:

Colorado divorce court judges most often choose the deferred distribution method to divide a pension upon divorce. It has the advantage of certainty, in that the non-employee spouse knows that he or she will get the court-ordered X percent of the eventual monthly pension benefit. At the same time, it avoids the cost of expert witnesses of the "net present value" method and the wait time of "reserved jurisdiction" method.

The two-step, "percentage of a percentage" calculation was explained well in the Hunt case. That is why it is sometimes referred to as the "Hunt formula."

For example, if the employee spouse began working for the employer on January 1, 2000, and is eligible for retirement with full benefits as of January 1, 2025, there are 25 work years before the pension benefit begins.

Once the total length of the employee spouse's work years or months are determined, then the court determines how many of those years or months occurred during the marriage. That is fairly easy to do. To return to our above example, 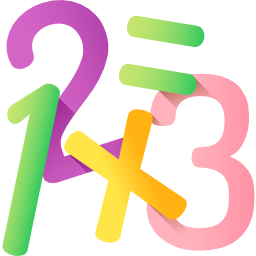 So, does the non-employee spouse get 48 percent of the pension benefit? No.

So, what does the non-employee spouse get?

(Note that, because the court is going to use the date the employee spouse is eligible for full retirement with the employer, not the date of divorce, to determine the number of work years, it seems like the non-employee spouse is getting the benefit of the employee spouse's hard work after the parties are divorced. This is irritating to some employee spouses. They may complain, understandably, that their pension's value may go up because of their efforts after the divorce. For example, they may get raises after the divorce, perhaps merit raises or promotions, and those raises or promotions will increase the value of the pension they ultimately receive. The ex-spouse had nothing to do with those post-divorce raises, an employee spouse will argue. The Colorado Supreme Court, however, has decided to reject this argument. See the Hunt case, above.)

But Wait, it Gets More Complicated

Now, pensions are complex legal creatures. Pensions are also creatures of their own terms. You have to read the pension plan documents carefully. Also, unexpected things happen, such as the employee spouse dying before the pension vests or

So, when negotiating a settlement or arguing to the court about how to divide a pension, especially an unvested and/or unmatured pension, consider carefully what you are giving up for a pension benefit that might never be given to either spouse.

A careful divorce lawyer will look carefully at the pension documents. Does the pension have some sort of death benefit for a current or former spouse? If not, can the employee spouse "change his or her election" with the pension plan so that it does? When does the death benefit vest? When will the interest in the pension vest?

Before signing any separation agreement with a soon-to-be former spouse that includes provisions relating to a pension, consult with a divorce attorney who understands pension issues to make sure the agreement is really fair to you.

In fact, in most cases, a retirement account is usually the single most valuable marital asset (or a close second, after the marital home).

When I say "divide" I mean,

literally, that the divorce court judge will issue an order, usually called a "Domestic Relations Order" (DRO) or "Qualified Domestic Relations Order" (QDRO), and that order will tell the retirement account plan administrator to give a "piece" of the retirement account to the other party. (DRO's and QDRO's are beyond the scope of this blog post. Maybe I will do a blog post on those issues in the future.)

"Marital property" is property that a Colorado divorce court judge can divide and allocate between the two persons getting divorced.

(An overview of when an asset is "marital property" and when it is "separate property", and how to prove it, may be a topic for a blog post in the future. For the time being, just understand that a divorce court judge can only divide and allocate property that the judge determines to be "marital" property.)

In general (again, there are exceptions), the money in the cash balance retirement account that ACCRUED DURING THE MARRIAGE is marital property that can be divided by the divorce court judge. What does that mean? It is easiest to explain using an example:

Let's say that there is a person named Ann. Ann starts working for an employer on January 1, 1990. The employer offers her a 401(k) retirement account and Ann takes advantage of it. She and her

All well and good.

Ann and Bert stay married for over 17 years. In January 2017, Ann files for divorce from Bert. The anticipated day of the divorce decree is the day of the permanent orders hearing: October 1, 2017. Ann is still working for the same employer and anticipates working for this

employer for a few more years before retiring.

Ann goes to a divorce lawyer and the two discuss her desires concerning how to divide the marital assets. To Ann's surprise, the lawyer brings up the issue of her 401(k). The lawyer informs Ann that a part of her 401(k) is a marital asset that must be divided, or at least given a value and accounted for, upon divorce.

The lawyer explains how the marital portion of the 401(k) is identified and valued. Except for a few rare situations, the part of the 401(k)'s value that accrued prior to the date of the marriage,

(How do you prove that the value was $100,000 on December 31, 1999? Sadly, it requires a lot of digging by Ann. She needs to call the plan administrator and get them to dig up the old statements for the account from 1999 and 2000 to show the value of the account as of the date of the marriage.)

How much of the $200,000 in marital 401(k) money does Bert get? That depends on the facts of the case. Colorado is an "equitable distribution" law state, meaning the divorce court judge has broad power to divide marital property so that it is divided fairly and EQUITABLY. That DOES NOT necessarily mean divided equally.

As a general rule, Colorado divorce court judges like to start with the assumption that the total amount of the marital property will be divided equally, unless one of the parties shows the judge a good reason why it should not be divided equally. That is where a good divorce lawyer comes in to help you: To make the argument for not dividing property equally, if that is what the client wants to do.

A Colorado divorce court judge will not usually care so much about whether EACH asset is divided equally. A Colorado divorce court judge will usually care more about whether the TOTAL value of ALL of the martial assets (the dollar figure you get when you add up all of the marital assets), is divided equally (or roughly equally). To arrive at the result of each party getting about one half of the TOTAL amount of assets might require giving ALL of one asset, like a house or a car, to one party, while giving ALL of another asset, such as a 401(k) account, to the other party.

But, for our example, let's assume the divorce court judge wants to divide the marital portion of Ann's 401(k) in half and give one half of the marital portion to Bert. How does the divorce court judge do that? He or she issues an order saying that is how the property will be divided. He or she will then issue a separate order, called a DRO or QDRO, to implement that decision.

(Actually, the devil is always in the details. In addition to issuing an order as to how the 401(k) account will be split, the judge will order the PARTIES to hire a special professional, known as QDRO expert, to draft a proposed DRO or QDRO for the judge to

Whew! This is just one tiny slice of the body of tedious legal and practical knowledge that an effective divorce attorney has to understand, analyze, and then implement to get a great outcome for his or her clients. Be kind to your divorce attorney: He or she is working hard for you!

Pensions, Divorce, and the "Hunt" Formula